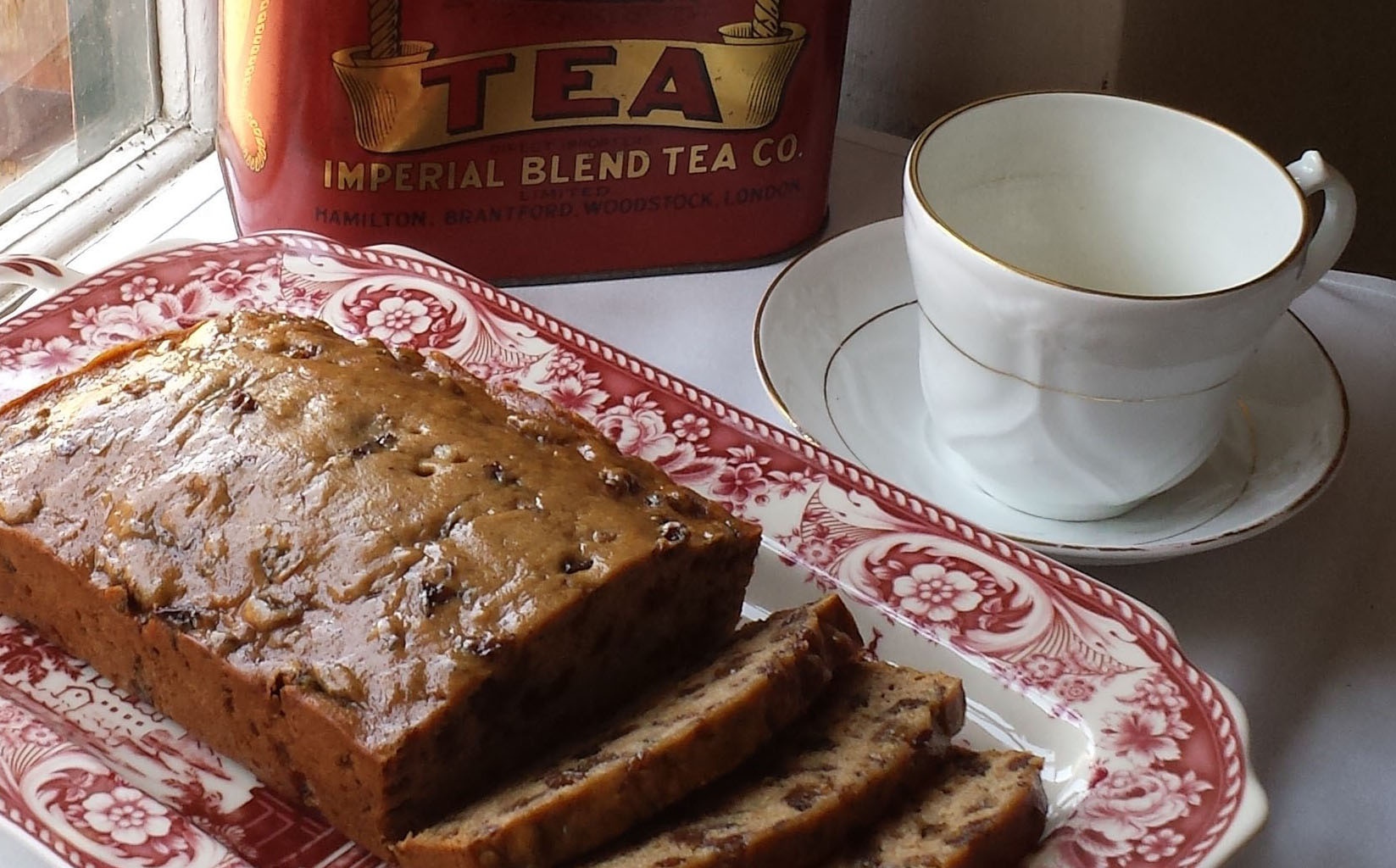 Here’s a Great War Cake ready to enjoy with a cup of tea. The recipe is from an upcoming collection from the time of the First World War being readied for the press by staff and volunteers of Fort York’s award-winning culinary history program. Look for it in the autumn. Photo: Melissa BeynonThe January opening of The Bentway’s skating trail here at Fort York made for a quick start to the year and we’ve barely slowed down since. Spring is the favourite time of year for school groups to visit the fort, and all that excitement lasts well into our season of major events – which begins with an annual milestone.

On Friday, April 27, we had a full day of student groups here for the 205th anniversary of the Battle of York. Throughout the weekend there was a terrific series of walking tours led by Richard Haynes and Ewan Wardle tracing the events of the day’s battle. Our historic kitchens were busy making tasty samples and there was a full slate of Kids’ Drills, re-enactors and interpretive booths. The Royal Canadian Sea Cadets took care of the garrison flag on Sunday.

On Saturday, May 12, some 3,000 people met at Fort York for the 17th annual Meagan’s Walk fundraiser. Mayor John Tory, in his opening remarks, proclaimed Pediatric Brain Tumour Day in memory of Meagan Bebenek, who died as a little girl from a tumour. A round of musket fire was the signal for the walkers to set out for Sick Kids hospital. The next day was the annual Sporting Life 10K, which ended at Fort York Boulevard and Fleet Street almost on the doorstep of the Visitor Centre. That event raises funds to send kids with cancer to Camp Ooch.

The following weekend included the Victoria Day holiday and started, on Saturday and Sunday, with the Beerlicious Spring Sessions on Garrison Common. More than 3,000 people, including the Mayor, were here for that. On May 24 Fort York and the Bentway together held an Open House to give the neighbourhood an overview of ongoing and upcoming site changes and events.

Attendance at Fort York during the Doors Open weekend, May 26 and 27, tripled this year over last. We also held our own Artillery Day on Sunday, adding modern guns to the fort’s collection of original artillery from the War of 1812 and the days of Queen Victoria (see page 13). Transit Bricks delighted visitors all weekend, displaying a whimsical set of TTC buses, streetcars and stations all made of Lego. We could also enjoy “Sifting Through the Pages: Behind the Scenes of Mixed Messages” from the Thomas Fisher Rare Book Library at the University of Toronto. The displays were a peek at the library’s current exhibition in culinary history and a chance to chat with the curators.

It’s a thrill to report that on the last Monday in May, public archaeology was welcomed back to Fort York National Historic Site. That’s when a team of nautical archaeologists, led by Caroline Kennedy and Julia Herbst from Texas A+M University, arrived to begin work right outside our front door. Their focus was the “CityPlace schooner,” the small ship whose anonymous remains, deposited outside the Visitor Centre in 2015, were unearthed during the building of a condominium 300 metres east of here. It was on a site which, in the 1830s, was at the foot of the old Queen’s Wharf. Active on Facebook, Twitter and Instagram and appearing in television news, they shone a spotlight on Fort York and Toronto’s original shoreline. The results of their investigation of the schooner’s build, purpose and fate will be seen in a future Fife and Drum.

Arts and Crafts Field Trip, headlined by Metric, returned for a sixth year in a row on the first weekend in June, bringing thousands of music fans down to Garrison Common for the two-day-long series of concerts (but temporarily closing the fort itself). And about 400 people were here on Sunday, June 17, for the Toronto Outdoor Picture Show screening of Spike Lee’s Do The Right Thing.

Our Indigenous Arts Festival, produced in partnership with the Mississaugas of the New Credit First Nation, began with a flag raising for National Indigenous Peoples Day on Thursday, June 21. It continued through to the end of Sunday with more than 30 performances by Indigenous artists from across Canada. The festival included traditional and contemporary music, dance, theatre, storytelling, visual arts, crafts and food. On the weekend was Na-Me-Res Toronto’s Annual Traditional Pow Wow, “Indigenous Day Live” hosted by the Aboriginal Peoples Television Network (APTN) and performances on the TD Main Stage presented by the Red Ride Tour (highlights are at www.toronto.ca/IAF). A special thank you to Kristine Williamson, Erica Roppollo, Leslie McCue and Lindy Kinoshameg for all their hard work in making the festival such a success despite the dampening effects of the rain.

The summer of 2018 is shaping up to be another stellar season for the Fort York Guard. This year we had several experienced members return to the guard who were able to hit the ground running with daily demonstrations of musketry, artillery and music. Special thanks are owed to Friends of Fort York volunteer and former guardsman Anton Degiusti for sharing his encyclopedic knowledge of 19th-century drill. The aim of the Fort York Guard, with Anton’s help, is totally authentic drill.

We’re finally nearing the end of much of the construction that has plagued the site for the past several years. The Bentway’s Strachan Gate is almost finished, landscaping is proceeding on several fronts, and Garrison Crossing – the footbridge over the railway tracks – is scheduled to open this fall. On the east side of the fort, the building of Lower Garrison Creek Park under and beyond Bathurst Street will begin in the autumn.

Our masonry restoration work on the historic brick buildings continues apace (and a comprehensive report on this will come in October’s Fife and Drum). And we were happy to get the news that Fort York is receiving $100,000 from Parks Canada’s National Historic Sites Cost-Sharing Program to help with restoring the aging cedar roofs on two of our buildings.

Finally, on May 7 we learned that the Fort York Visitor Centre is being awarded a Governor General’s Medal in Architecture as one of the finest new buildings in Canada. It was unfortunate that this great news came too late to be enjoyed by our good friend Steve Otto, who passed away in late April. Steve was instrumental in working with us to make the Visitor Centre a reality. Although engaged on many projects right up until his passing, a priority was the completion of the Visitor Centre’s weathered-steel façade. Steve had reached out to steel suppliers and fabricators himself in order to secure a good price on the work yet to be finished. We’ll continue to work with Councillor Layton’s office and the Bentway Conservancy to complete the Visitor Centre as envisioned by the architects and as championed by Steve.