The principled legacy of Stephen Otto 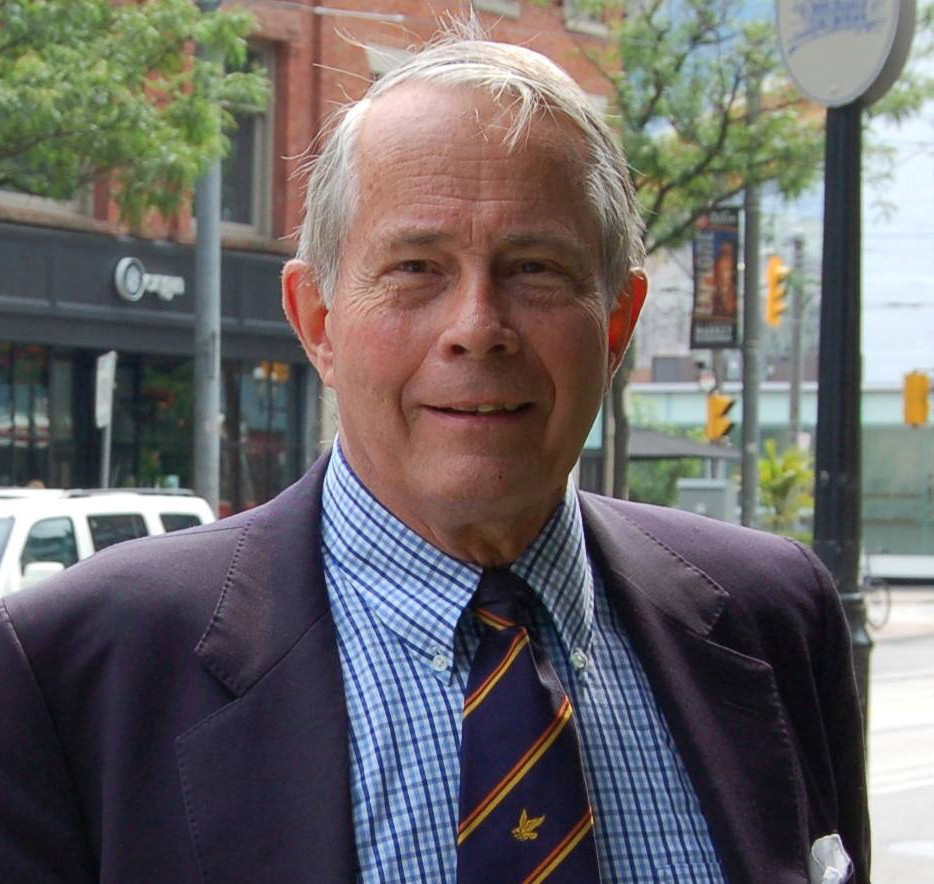 Stephen Anderson Otto, who died this past April, was the founding and managing editor of The Fife and Drum from 2003 until 2017. His life-long work in fostering heritage, architectural history and conservation in the Province of Ontario and his founding role in the Friends and the Fort York Foundation are well known.

Perhaps less widely appreciated was his skill in forecasting problems and opportunities for the fort and the neighbourhood. His concerns always arose from first principles: define and protect Fort York’s interests; strengthen its historic assets; and diffuse knowledge about Toronto’s founding site across the city. These principles inspired his choice of topics for The Fife and Drum.

This book by Eric Arthur, originally published in 1964, has been described as “the most significant book on the fabric of the city to appear since John Ross Robertson’s Landmarks” was published at the beginning of the 20th century. The assessment is by Stephen Otto in his own Preface to the Third Edition of Arthur’s work, which he comprehensively revised and saw published in 1986. Adding four newly commissioned essays, the University of Toronto Press includes this edition in its Canada 150 Collection. Its' a new series reprinting what they regard as “classic works of cultural, historical, legal, and literary scholarship that have informed and shaped Canada as a nation.”Over the years they included building projects (especially the Visitor Centre) along with site and precinct planning issues, examining their threats and opportunities (the Armouries, development proposals and pedestrian connections). Stories acknowledged the work of staff and volunteers at the fort and in the city’s museum departments and broadly explored the history of the neighbourhood (Fort Rouillé, the strangling of Fort York by railways and meat packers). For the War of 1812 bicentennial he commissioned a series of articles and reviews from accomplished authors and familiar names: Carl Benn, Richard Gerrard, Bob Malcomson, Chris Moore, Don Graves and many others. Art and archaeology were combined in erudite reports on 19th-century fort drawings, excavations and collections. There were stories about opportunities seized (York Militia Colours and the names of nearby streets) and missed (Battersby portrait). Sometimes – such as the Thomson family’s role in the building of the fort – the stories were researched and written by the editor himself.

Many of the best will be published in an anthology of The Fife and Drum in the autumn by the Friends of Fort York and Garrison Common. This writing and so much more was persuaded into existence by Steve with a relentless focus on agenda, an eye for detail, and a firm congeniality. As he once in December emailed to our board: “Eggnog, mandarins, shortbread and maybe a cake will help the agenda pass that much more quickly too.”

For two engaging summaries of Steve’s life and accomplishments, see his obituary in The Globe and Mail by John Lorinc and Alex Bozikovic on April 27, 2018, and a profile by Christopher Hume in the Toronto Star on March 21, 2010. Andrew Stewert is Board Chair of The Fort York Foundation.